Need your puppy delivered right to your door? Please let us know!

Please browse our Lhasa Apso puppies below and after reading our Policies you may continue in reserving one today! 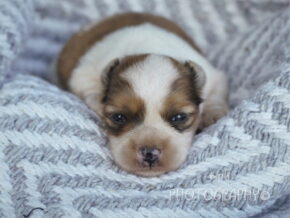 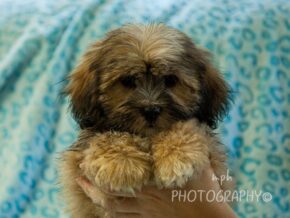 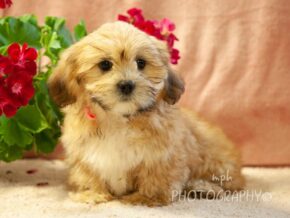 
About the Lhasa Apso breed. 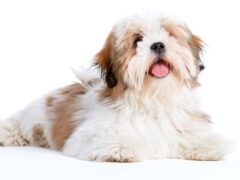 The Lhasa apso is a dog breed smaller in size that comes with a wonderful personality! In addition to being lovable pets, Lhasa’s are versatile—they can and do participate in all types of American Kennel Club events such as obedience, rally, agility, dark diving, scent work, and trick dog, They are a smart breed of dog and are willful. Most often described as amusing, jovial, and eager to please. The Lhasa, which originally came from Tibet, was developed to serve as a guard dog in palaces and monasteries high in the Himalayas. The name Lhasa is derived from the Tibetan city of Lhasa, and apso is a Tibetan term that loosely translates to "dog."

They are known for the moniker "bark lion sentinel dog" that alludes to the breed's function as a Buddhist monk alert dog as well as its "lionlike" appearance. Lhasa apsos are petite, confident dogs with lots of personality who make excellent companions. The Lhasa Apso is distinguished by her long, straight, dense coat and trademark hair part, which gives her a lion-like mane to match her lionhearted temperament. Brushing their pets on a daily basis is recommended to keep them happy and healthy for the duration of their above-average lifetime.

Male Lhapsa's usually grow 10-11 inches tall and may weigh up to 18 pounds. They have beautiful black, tan, cream, white, or red coats, but they can also be blue, gray, or silver, though these colors are less common. This breed of dog has a life span ranging from 12 to 15 or more years if taken care of well. The dog's body length is greater than its height. The hanging ears are richly feathered, and the petite, deep-set eyes are dark brown. The forelegs are completely straight. Hair has grown thickly on the back legs. The muzzle is of average length. In a level or slightly undershot bite, the teeth should contact. The feet are round and cat-like, with a lot of hair on them. The tail is positioned high on the back, fully feathered, and carried in a screw.

Caring and Living with a Lhasa

Lhasa's can be left alone for short periods of time, but if you have neighbors who might be disturbed by any warning barking while you're away, think again. Their diminutive stature may make them appear to be perfect apartment dogs, but their bark may have the opposite effect.

Lhasa Apsos require daily exercise. Play will provide a lot of their activity needs, but it will not satisfy their basic urge to walk, as it does with all breeds. Dogs who do not have access to daily walks are more prone to exhibit behavioral issues. They'll also appreciate an off-leash frolic in a safe, open environment, such as a large, fenced-in yard.

Regularly groom your Lhasa apso. A Lhasa's greatest distinguishing feature is his long, sleek coat. This coat must be left long in show dogs, needing frequent grooming and bathing. Lhasas that aren't going to the show ring might have their coats shaved short to make grooming easier. Brushing them a few times a week and bathing them every two to three weeks is all they require. Lhasa's toenails should be cut professionally once in a while, and their teeth should be brushed occasionally to avoid tartar buildup and freshen their breath.

If you need a companion dog, consider the Lhasa apso. He may take the role of protecting his house and family very seriously but he is also cheerful, mischievous, and playful breed of dog.